Best types of locks for windows and doors

All about SmartKey technology and the modern era of locks

The smart locks include an integrated technology which can connect them with any smartphone device, which has the key to open them. The way of connection is mainly with Bluetooth but the next generation locks, which work with a fingerprint sensor are already being used and are bound to become the next most popular locks within a few years’ time. The smart lock technology also can include an inside camera which takes a photo of the person who is to activate the lock and sends it to you to alert you whether the visitor is a wanted or an unwanted one. Goji is the brand who is working most on perfecting these futuristic lock systems. Naturally the smart lock technologies are expensive, but they are the future and can surely protect your home a lot. 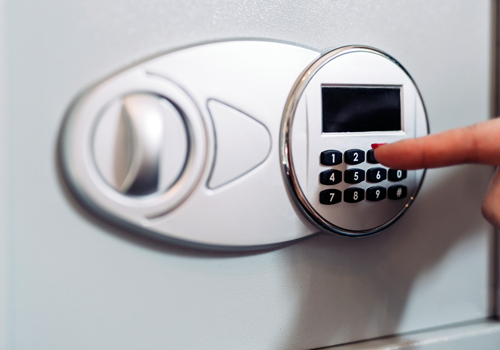 This lock works mainly with iPhone and with some of the latest generation Android devices which will serve as the key to it, with the help of an application which is enough to touch to the lock in order for it to open up. This technology is called eKey technology. Apart from the automation the Bluetooth deadbolt works just like any other deadbolt and also has a backup which would open with a normal key too.

This futuristic lock is one of the first on the market using fingerprint technology for opening the door. This is also called biometric technology. Around 150 users and 78 pass-code users can get access to open up one lock. The model also contains normal backup keys.

This one is the classic smart lock which is totally keyless and works only with an application eKey. You can send invites to guests and also predict a timeframe until which they can use the smart lock. This is a pretty good idea to make sure no one gets in your home uninvited. This lock also works with voice activation, uses geofencing and can trigger further devices.

This lock also works with a 3rd party app and opens up for codes but would also need a network controller in order to use it safely which makes this technology a little bit too complicated to handle.

You will be able to pair up your locks with your doorbell, with an interior camera, turns on the lights and other security systems in order to make your home as safe as possible. Of course all the modern age technology has the price and the question of what happens when electricity actually goes out still lingers with some of these new technologies. But they are well worth a try.